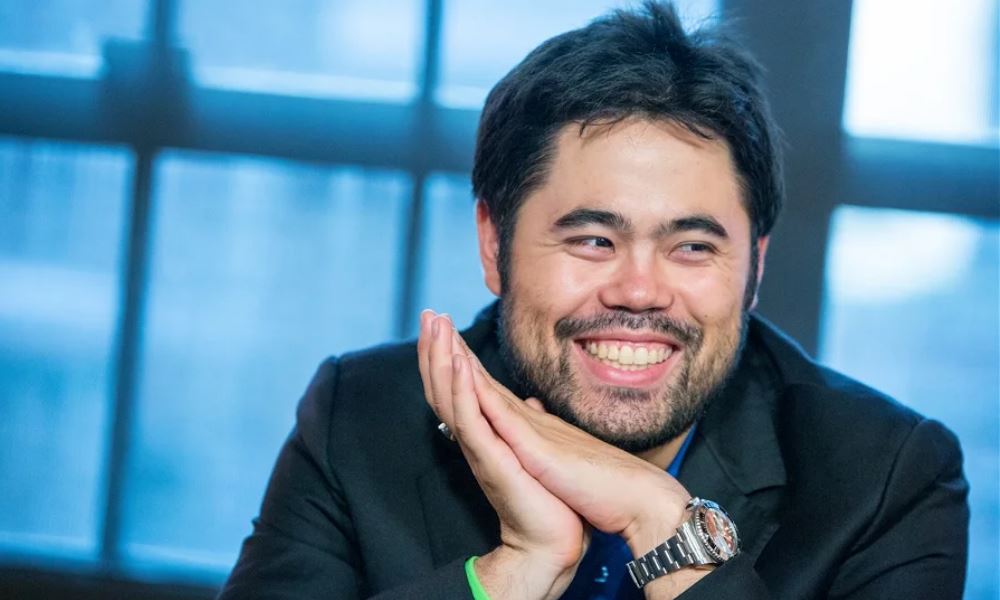 How Does He Do It?

Hikaru Nakamura possesses a “…combination of teacherly wisdom, galaxy-brained skills, and uncommon expressiveness.” -Nathan Grayson, a reporter at The Washington Post focusing on live-streaming and digital culture.Hikaru Nakamura was born on December 9, 1987 in Hirakata, Osaka Prefecture, Japan to
a Japanese father, Shuichi Nakamura, and an American mother, Carolyn Merrow Nakamura. His mother is a classically trained musician and former public school teacher.

Hikaru’s estimated worth is $50 million dollars. Only a small part of Nakamura’s wealth comes from winning prizes in chess tournaments. For example, he recently finished in 3rd Place at the 2022 Madrid’s Candidates Tournament where he won a mere $24,500 USD for his efforts!

At the start of the Covid pandemic, Hikaru dedicated himself with passion and obsession to streaming on social media platforms–mostly talking about chess, playing or commenting on his own chess games live, hosting guests, interacting with viewers, and teaching chess.

His passion, charisma, sense of humor, engagement with guests, communication skills, personal chess accomplishments–and most of all–his love of chess have made him the richest chess player of all time.

In His Own Words

In his own words, Hikaru Nakamura attributes his success to “…the ability to play extremely high-level chess while seemingly…not focused on the game while conversing with the viewers.” 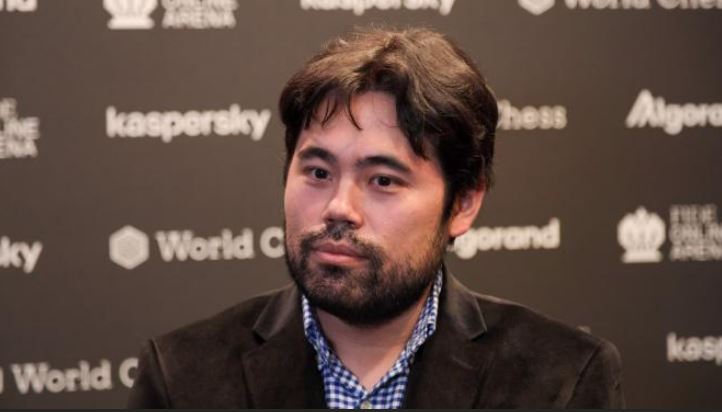 Subscribers pay $4.99/month to access Hikaru Nakamura’s social media Twitch streaming account–GMHikaru. He now has 1.4 million followers on Twitch and a similar number on YouTube.Nakamura also earns substantial income from energy drink endorsements along with other things.In  comparison, the World Chess Champion Magnus Carlsen’s total earnings are estimated at $8 million dollars to date–after playing and winning five World Chess Championship matches over the past 10 years!Magnus Carlsen is scheduled to defend his title in another World Chess Championship match in April 2023, and split the $2 million dollars prize fund (60%-40%) with the Challenger, Russia’s Ian Nepo, who recently won the 2022 World Chess Candidates Tournament.

Nakamura has appeared on Bloomberg Television to discuss the relationship between chess and stock trading. He invests much of his earnings in stocks, and during his chess streams Nakamura occasionally discusses stock market investing and general financial topics.

He’s likeable! Nakamura greets his fans very kindly. He signs autographs, takes photos, and even plays rapid games for hours in the hotel lobbies at tournaments. Unlike most mind-sports stars and elite chess players, he genuinely enjoys visiting with fans–and he frequently participates in charitable fundraising events and activities.

Nakamura is the five-time USA Chess Champion, most recently winning the title in 2019.He’s one of a handful of chess players who have earned a 2800+ rating. In 2015, Hikaru was the No. 2 rated player in the world at 2816–behind only World Chess Champion Norway’s Magnus Carlsen. 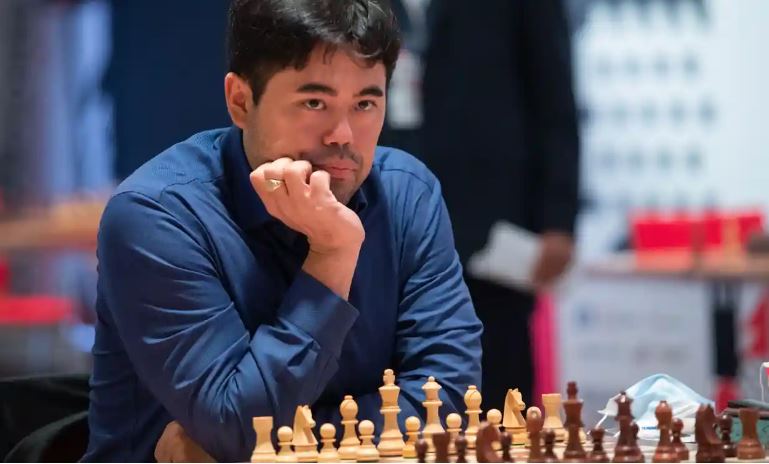 When Nakamura was two years old, his father, mother and older brother Asuka moved from Japan to the United States, where he grew up in White Plains, New York. A year later in 1990, his parents divorced.He began playing chess at 7 years old when famed Sri Lankan FIDE Master, chess author and over-the-top successful chess coach Sunil Weeramantry began coaching his older brother Asuka. After Asuka won the National Kindergarten Championship in 1992, Sunil developed a relationship with the boys’ mother and eventually married her. 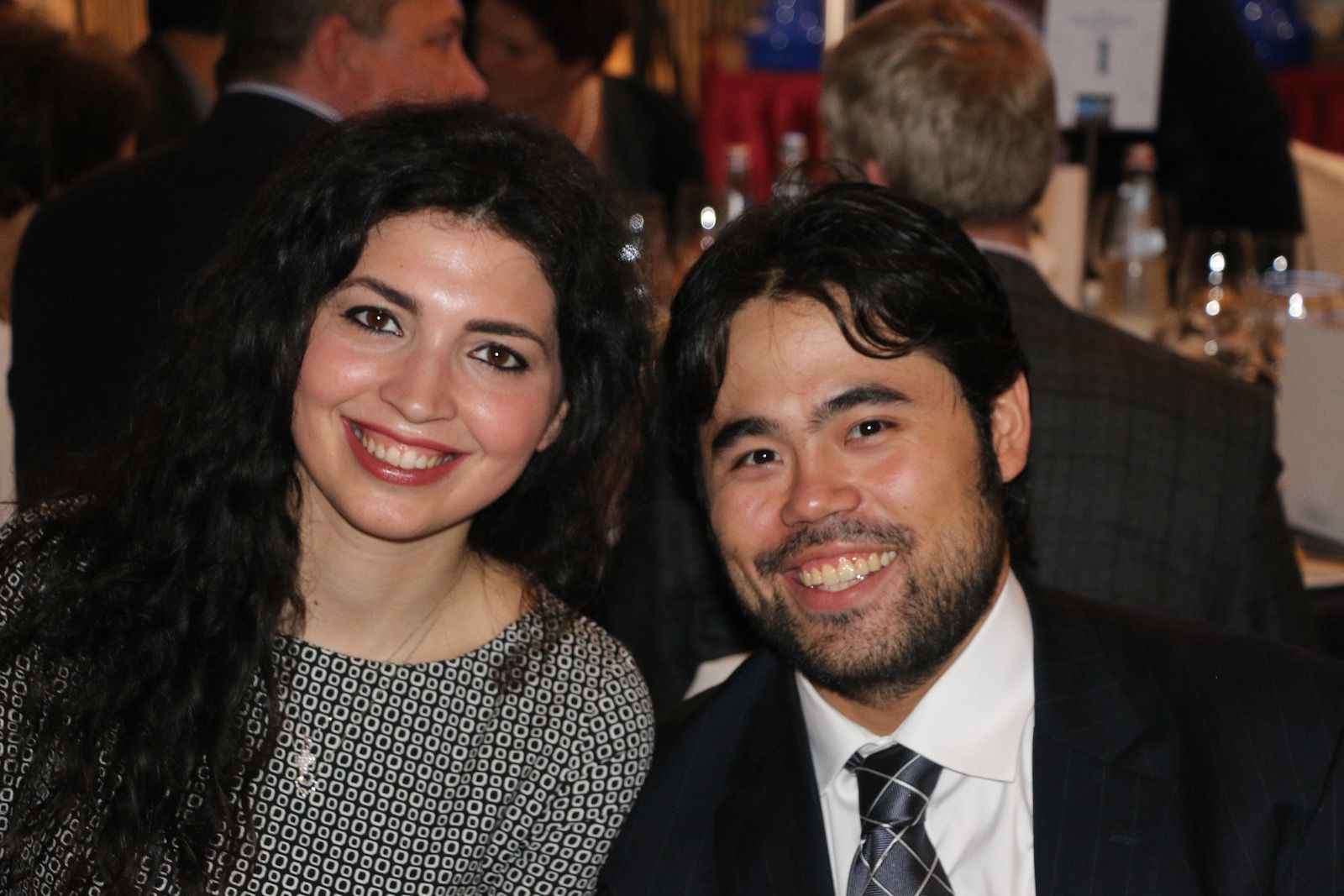 According to a June 2022 e-Celebrity Mirror Online article, in 2013 Hikaru Nakamura started dating the reigning Italian Women’s Chess Champion, Mariagrazia De Rosa–known as Maria De Rosa.Nakamura and De Rosa met at chess tournaments and fell in love.Nakamura spends most of his time in the United States and De Rosa in Italy, so they do not live together at this time. Nakamura believes that it is not practical to live together when you are playing competitive, professional chess. However, they see each other often during their free time and at chess tournaments.Prior to dating Maria De Rosa, Nakamura dated women who were not chess players, women entirely unfamiliar with the game. His mindset changed after meeting De Rosa.

He feels happy to have a sweetheart who plays chess. Being a chess player herself, De Rosa understands the range of emotions her boyfriend experiences during the course of a tournament, from winning to losing–the elation and the exhaustion, and most importantly, the amount of preparation time necessary to compete at the elite level.Hikaru Nakamura and his girlfriend, Maria De Rosa, are happy with their relationship. Perhaps as their competitive chess careers wind down and they focus entirely on social media streaming and promoting chess, the romantic lovebirds will marry and raise some gifted chess playing offspring. Time will tell. 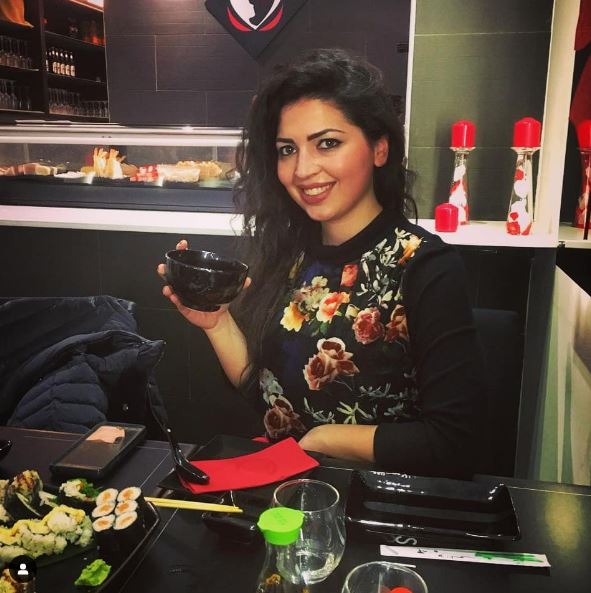 Maria De Rosa has won the Italian Women’s Chess Championship three times–in 2003, in 2010 and in 2013.Maria De Rosa was born in Naples, Italy, in 1988. Like her current boyfriend, De Rosa was passionate about chess since her early childhood days.De Rosa earned the FIDE Women’s International Master (IM) title in 2014. Maria De Rosa is still active and often participates in chess competitions in person or online.Maria De Rosa is also a chess Twitch streamer at ParthenopeChess and currently has 7.1K followers, where she regularly live streams chess games with several well-known chess players.

Out for a Stroll! 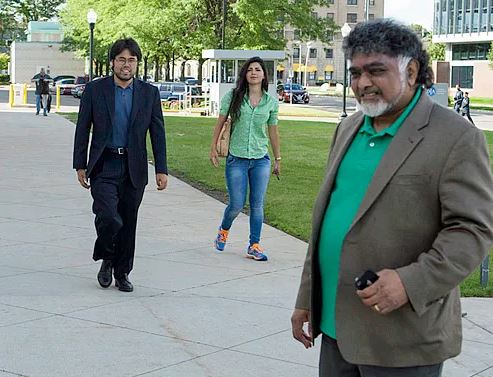 Maria De Rosa is Part of the Family! 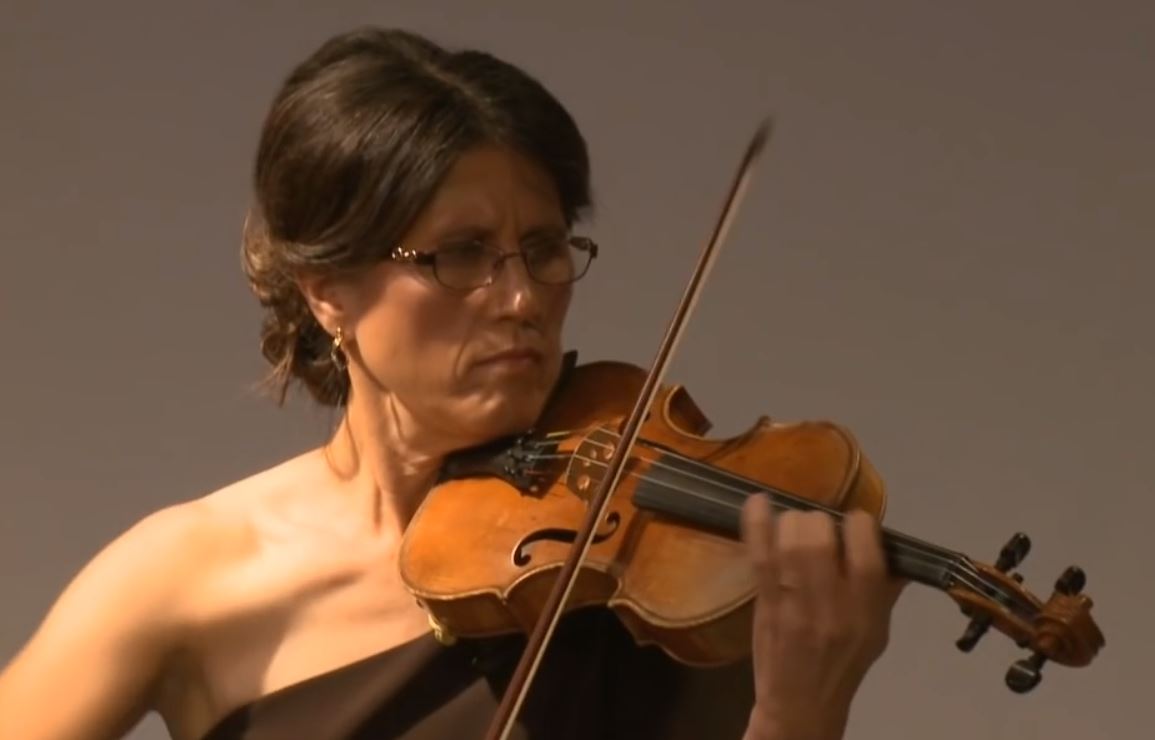 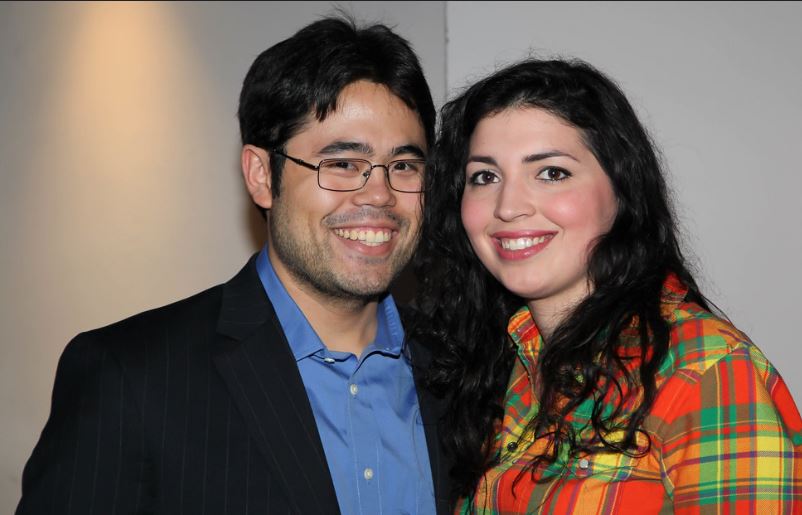 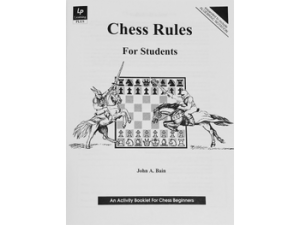 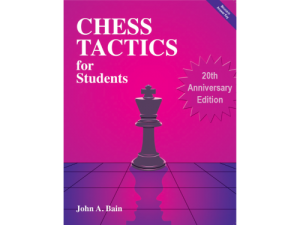 Chess Tactics has been extensively field tested with elementary, middle-school, and high-school students over a four-year period. This book is ideal for independent seat work as well as for homework and classroom instruction. 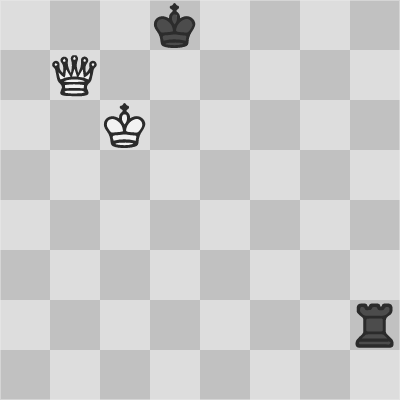 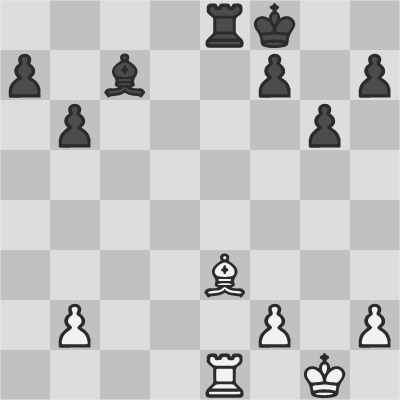 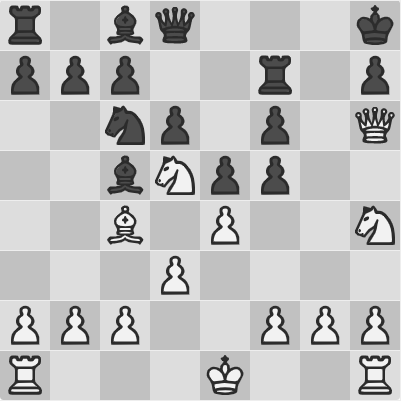 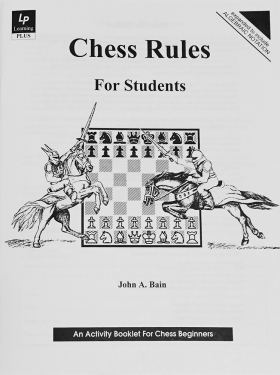 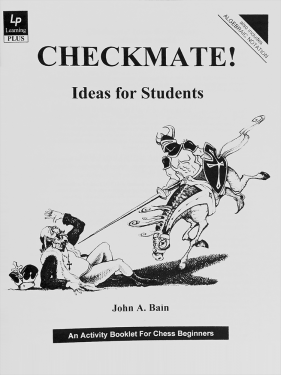 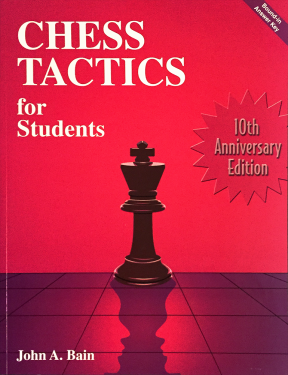